Posted at 15:28h in City Partnerships by metrolabnetwork 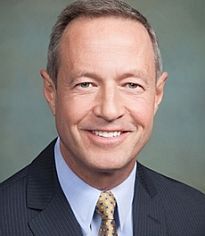 Earlier this week, I participated in the Triangle Smart Cities Summit, where we welcomed North Carolina State University and the City of Raleigh to MetroLab Network. The event, hosted by NC State, gathered leaders from the Research Triangle Region interested in urban technology and innovation. For decades, the Research Triangle Region has been defined by strong partnerships between cities, university, and industry. Now, the universities in the region are setting their focus on urban challenges.

NC State will partner on Raleigh on a number of exciting new projects. One will develop tools for planners and infrastructure developers dealing with emerging challenges associated with climate change, including extreme precipitation and flooding. Another will automate pavement condition mapping, which will enable better management of local infrastructure. A third will use a small computer system and USB temperature sensor to create an intelligent and efficient climate control system that will link the central HVAC system to room occupancy. These projects are the result of processes between the city and the university to match the research and development capability to local government needs. These types of processes are critical for cities and universities to effectively partner. 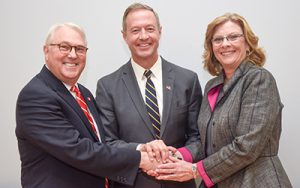 Coming out of the event, I wanted to share a few thoughts that were inspired by the work underway in the Research Triangle Region.

“It is from numberless diverse acts of courage and belief that human history is shaped each time a man stands up for an ideal or acts to improve the lot of others or strikes out against injustice. He sends forth a tiny ripple of hope, and crossing each other from a million different centers of energy and daring, those ripples build a current that can sweep down the mightiest wall of oppression and resistance.”

In today’s world, data reigns. We are reimagining our cities to be smarter, safer, more sustainable, and more just. We are creating a world where our numberless acts can now be counted and where tiny ripples can be measured. Our ability to drive change is more powerful and more accessible that it’s ever been. It’s up to us to bring the courage and belief.